Casascius physical bitcoins, also called Casascius coins, are physical metal coins created by Bitcoin user Casascius (Mike Caldwell, Sandy, Utah, USA) and sold until Nov 26, 2013[1], that contain an embedded piece of paper with digital Bitcoin value, covered by a tamper-resistant hologram. Casascius coins are available in 1, 10, 25, 100, and 1000 BTC increments. They can be purchased at Casascius's website, https://www.casascius.com (only Bitcoin accepted), or at http://www.MemoryDealers.com (PayPal and credit cards accepted). 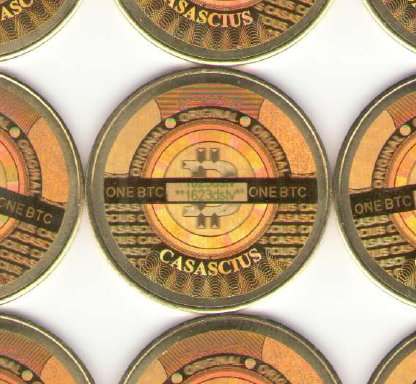 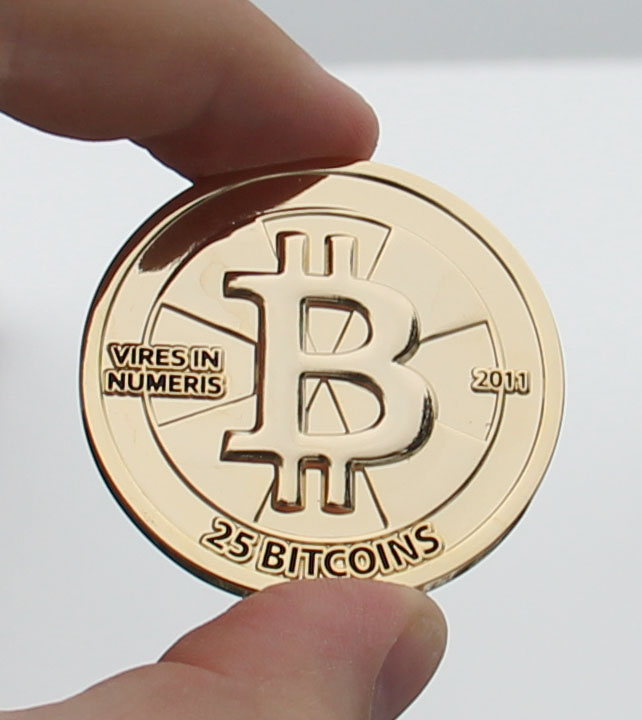 As of Nov 27, 2013, Mike Caldwell suspended sales of items that contain digital bitcoins.[1] The Financial Crimes Enforcement Network (FinCEN), a branch of the Treasury Department, informed him before, that minting physical bitcoins qualifies him as a money transmitter business, which means he needs to register at the federal level and probably get state licenses too.[3]