Although there are already a few binary options sites, few of them are exchange traded, and none of them provide different strike prices, and most of them provide extremely short expiration durations. These make them intrinsically gambling sites as they always have unbeatable advantages to control the chance of winning.[2] Compared with them, Coinut is the only site which supports truly exchange traded Binary options. As shown in their website, they strictly disallow members in the company to trade in platform to ensure its fairness, this is probably the first exchange in the bitcoin community that do not participate in trading themselves. [3] 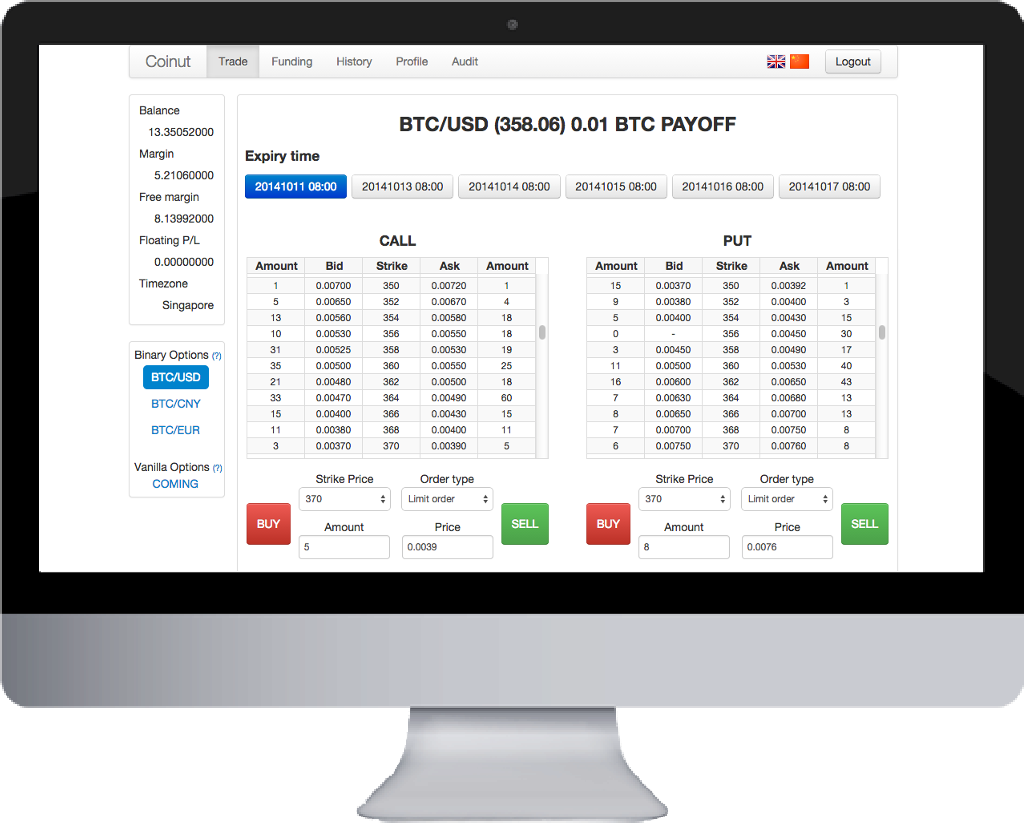