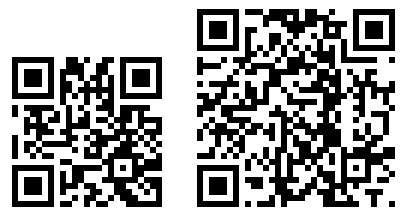 An example key using this encoding is S4b3N3oGqDqR5jNuxEvDwf.

The private key encoding consists of 22, 26, or 30 alphanumeric characters from the base58 alphabet used in Bitcoin. The first of the characters is always the uppercase letter S.

There are two methods to obtain the full 256-bit private key. One involves SHA256, and the other involves PBKDF2. A simple test must be performed to determine which method shall be used:

Here is an example with the sample private key S4b3N3oGqDqR5jNuxEvDwf.

To obtain the full 256-bit private key, simply take the SHA256 hash of the entire string. There is no encoding for breaks in the string even if printed that way - the SHA256 should be taken of exactly twenty-two bytes.

This sample key in wallet export format is 5HueCGU8rMjxEXxiPuD5BDku4MkFqeZyd4dZ1jvhTVqvbTLvyTJ, and the corresponding Bitcoin address is 1GAehh7TsJAHuUAeKZcXf5CnwuGuGgyX2S.

Here is an example with the sample private key SmbM4uRBu2mQymCsuMKkiW.

To obtain the full 256-bit private key, evaluate the PBKDF2 function as follows:

This sample key in wallet export format is 5HwWUj33XounRKR3jdRwCgUYWqYL24NYsENgythhpoCyhbjmSKq, and the corresponding Bitcoin address is 1ArzEMMcd4EHV3jbWKkpuGRhBG6iV4RCVA.

The PBKDF2 key derivation algorithm is shared by the WPA-PSK encryption method used on WiFi networks. It also happens to also use 4096 iterations and 32 bytes of key, so a standard WPA key calculator can be used to test and confirm this particular result, simply by entering "Satoshi Nakamoto" as the SSID and "SmbM4uRBu2mQymCsuMKkiW" as the password.

The check code is designed to be simple, but relatively computationally expensive so that it cannot be used to quickly reduce the key space in a brute force attack. It offers seven bits worth of error protection (or, in other words, in the event of a typo, the typo will be caught about 127 out of 128 times, or over 99%).

To determine whether a string passes the check code, follow these steps:

To create mini private keys, simply create random strings that satisfy the well-formedness requirement, and then eliminate the ones that do not pass the typo check. (This means eliminating more than 99% of the candidates.) Then use SHA256 to compute the corresponding private key, and in turn, the matching Bitcoin address. The Bitcoin address can always be computed from just the private key.

In all cases, you should use a secure cryptographic random number generator to eliminate risks of predictability of the random strings. Also, for stronger security, accept only the strings that pass the typo check on the 717th round rather than the first.

The 22-character mini private key code appears to offer about 123 bits of entropy, determined as log2(58^21). (Because the first character is fixed, there are 21 symbols which can each have one of 58 values).

The 26-character version offers about 146 bits of entropy by the same calculation.

Each attempt to convert a mini private key to a Bitcoin address requires an elliptic curve multiply operation, which itself is computationally intensive. This will slow a brute force attack with the same effect as several further bits of "apparent entropy" when compared to a brute force operation of much less complexity, such as hash cracking.

The following code produces sample mini private keys in Python. For real-world use, random must be replaced with a better source of entropy, as the Python documentation for random states the function "is completely unsuitable for cryptographic purposes".