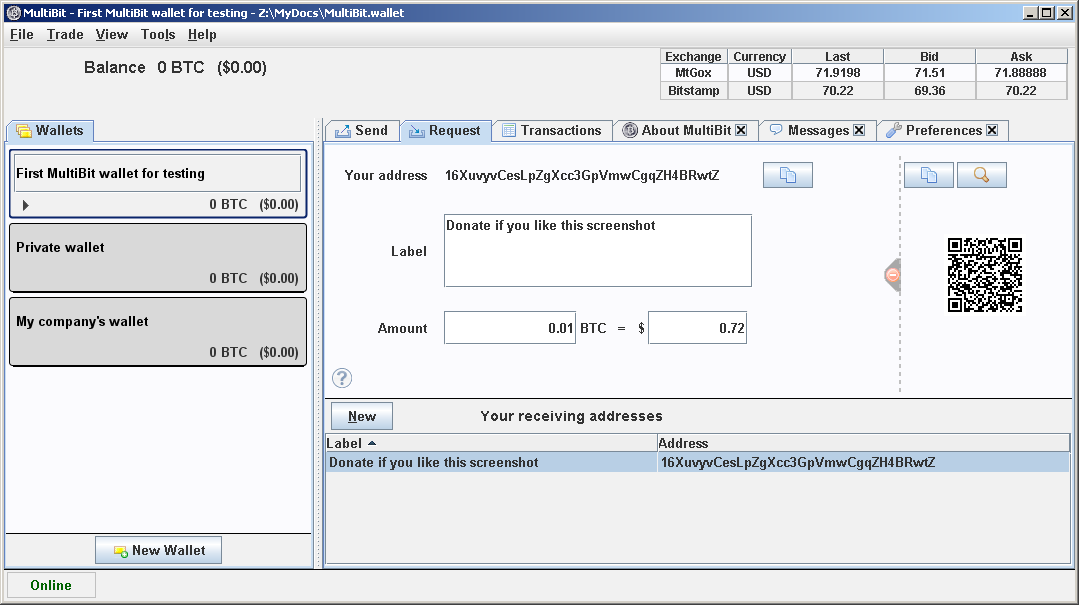 MultiBit was a lightweight "thin client" Bitcoin wallet for Windows, MacOS and Linux based on bitcoinj. It was superseded by MultiBit HD, and the development of both stopped in 2017[1] after the acquisition by KeepKey, which was then bought by Shapeshift.

Its main advantages over the original Bitcoin client included support for opening multiple wallets simultaneously, and not requiring the download of the entire multi-gigabyte block chain (22.5GB as of October 2014[2]). The project was lead by UK developer Jim Burton.[3]

MultiBit was announced on September 12, 2011.[4] Later, Multibit HD was developed, and the original MultiBit was renamed Multibit Classic. On July 26, 2017, development was stopped without advance notice, due to the amount of work needed to fix bugs and keep up with Bitcoin developments.[1]