Generating paper wallets is not recommended from an online PC. Malware malware on the PC may be able to steal your paper wallet keys.

Even if you generate paper wallets securely, they are still vulnerable to loss and theft.

Unencrypted paper wallets must be kept safe like jewels or cash.

For additional security paper wallets can be split into shares, requiring X of Y shares (e.g., 3 out of 5) to reassemble the secret key.

Encrypting paper wallets is possible with BIP38, supported by bitaddress.org. This allows you to distribute more copies of the wallet while relying on the encryption, protecting your paper wallet against lost. However this means you'll need to the remember a secret passphrase and as a long as you're doing that you may want to consider just generating a secure BrainWallet instead. That way there is no paper to lose, only a passphrase you can forget. 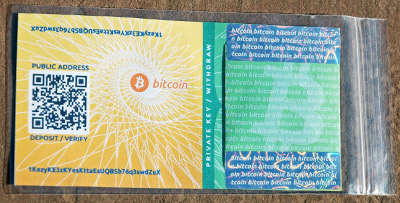 An alternative using a printer for paper wallets is to write the private key and address with your own hand. Base58Check encoding used for Bitcoin addresses and private keys specifically excludes characters that look similar like 0OIl. The mnemonic recovery seeds used by wallets like Armory and Electrum are also suitable to be written by hand.

Paper keys, when used as wallets, are very different from wallets such as Bitcoin Core in that there is only one address in a paper key rather than a hundred or more online keys that are managed with full software assistance from Bitcoin Core.

Note that importing a private key that may be compromised can result in the entire wallet becoming insecure. For this reason, sweeping (or sending the entire amount to a fresh address) is generally recommended over plain importing.