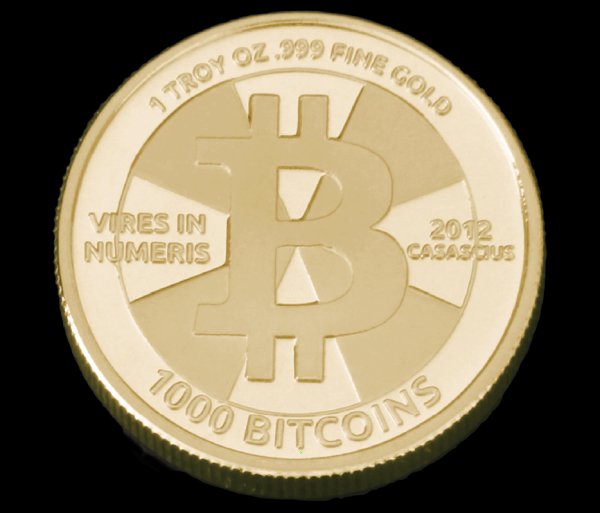 The Casascius 1000 BTC gold coin is the highest denomination coin ever produced by Casascius. It is also the most valuable physical bitcoin ever produced, with one selling for $1 million in 2013. The token is made of an ounce of fine gold, which at the time of production was about one third the value of the 1000 BTC. The coin could be ordered directly from Casascius for approximately $5,500. 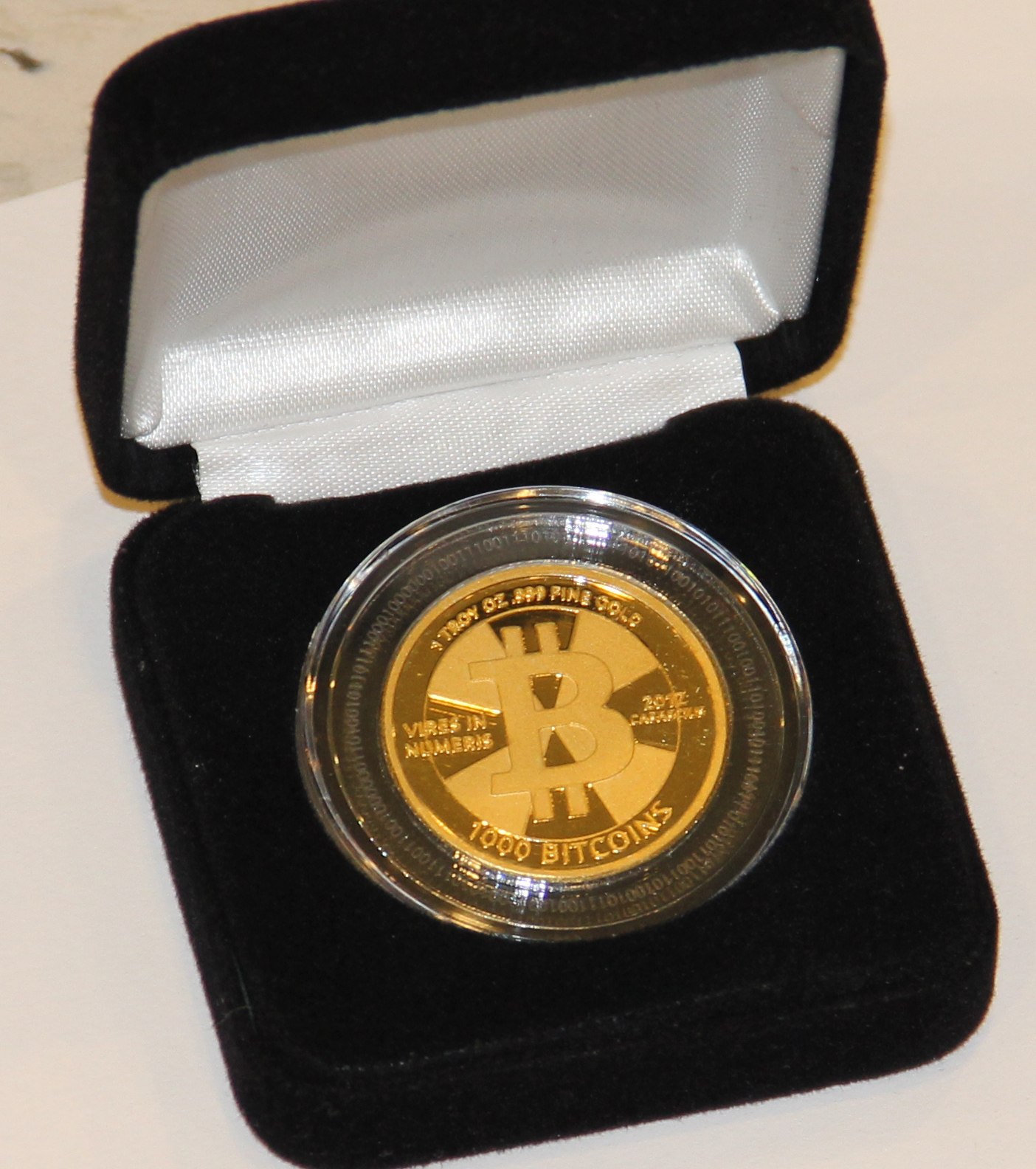 Five coins were produced that utilized one private key. Of those, one has been redeemed. An undisclosed amount of coins with two keys were also minted.