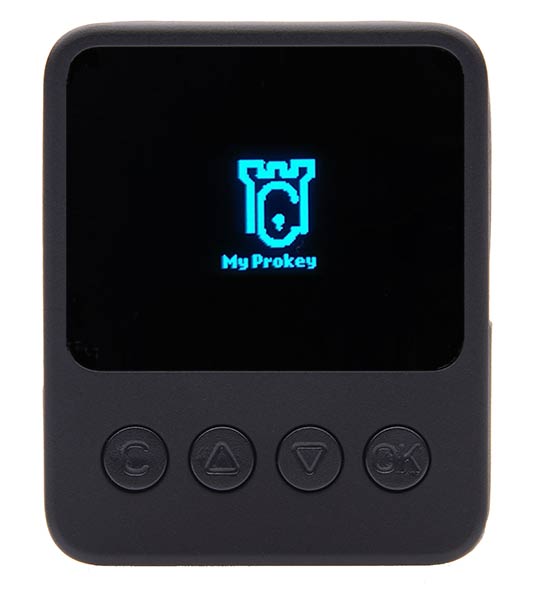 Prokey is a security solutions company focusing on providing secured ways to store and manage cryptocurrency private keys by making easy to use hardware wallet for all kinds of users with the highest security standards. 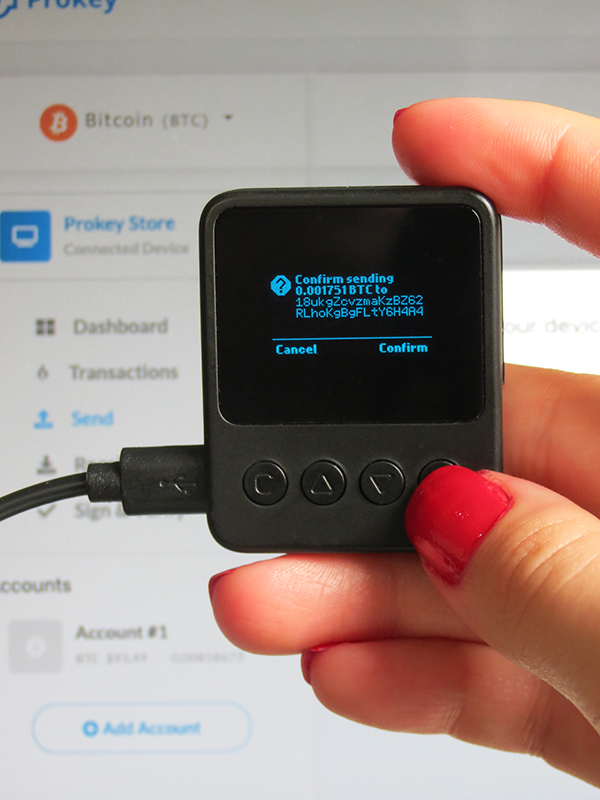 Prokey Optimum is a secure hardware wallet that stores private keys and assists in making payments and receiving transactions in cryptocurrencies. Built as a single-purpose computer, a hardware wallet is virtually unhackable as the attack area is reduced to a single, offline space and due to the encryption measures in-place.

The device houses a LCD screen with four main function buttons (Cancel, Up, Down, and OK).

The Prokey Optimum houses a selected variety of features catering to its users. The key features are as follow:

Secure Firmware: Prokey validates the firmware that is installed on each device by implementing a mutual authentication algorithm between the device and the server. it’s 100% protected against supply chain attacks and the device doesn’t work if it isn't genuine.

All-Inclusivity: The Prokey Optimum, alongside the web browser based interface Prokey Wallet, requires no external or third-party wallet. The most of cryptocurrencies has been implemented in the wallet interface and users can switch between coins and tokens in one single platform.

How Does It Work?

As a small single-purpose computer, hardware wallets like the Prokey Optimum are designed to securely store private keys from both online and offline risks by pooling all transaction confirmations onto the device. By that, you can always confirm on the screen for right addresses, amounts, and fees before any transaction is made.

Though confirmations are pooled onto the device itself, it still needs a larger interface to enable users to manage and execute a variable of other functions and features. Prokey Wallet is a WebUSB-enabled browser interface for the Prokey Optimum. Through the Wallet, a user can set up devices, manage cryptocurrency assets, make transfers to services or friends, and much more. The Prokey Wallet can also be paired and used with other wallets.

Sending and receiving payments via the Prokey Optimum is as easy as reading an article. Have a look here!

Backing up your hardware wallet and being given the means to recover your account are two of the preliminary things that a user is introduced to when first initializing the Prokey Optimum. This comes in the form of a recovery seed.

Your recovery seed acts as a fail-safe in case your Prokey Optimum is lost, damaged, or compromised so that you can instantly recover access to your accounts and subsequently access to your cryptocurrencies. Do note that the recovery seed will also work on other hardware wallets.

Passphrases act as an additional layer of security to hardware wallets. A user can either use one passphrase or set up multiple passphrases to create, "hidden wallets". Read more about it here: